The Permanent Bureau is pleased to announce that today, Wednesday 19 October 2016, the Ambassador of the Kingdom of Saudi Arabia, His Excellency Mr Abdulaziz A. Abohaimed, deposited Saudi Arabia’s instrument of acceptance of the Statute of the Hague Conference. During the ceremony, which took place at the Ministry of Foreign Affairs of the Netherlands, Secretary General Christophe Bernasconi welcomed Saudi Arabia as the 82nd Member of the Hague Conference, and emphasised the importance of this development not only for the Organisation’s presence and visibility in the Gulf Region but also for its pursuit towards universality. The Embassy of Saudi Arabia was also represented by Counsellor Mr Faisal AL-Harbi. The Ministry of Foreign Affairs of the Netherlands was represented by Ms Coos ‘t Hoen, Head of the Treaties Division, Mr Mark Groen, Senior Legal Officer, Treaties Division and Ms Anne-Roos Wasser, Desk Officer for Saudi Arabia and Kuwait. Ms Sophie Pineau, Personal Assistant to the Secretary General, who administers Memberships procedures at the Permanent Bureau, accompanied the Secretary General. 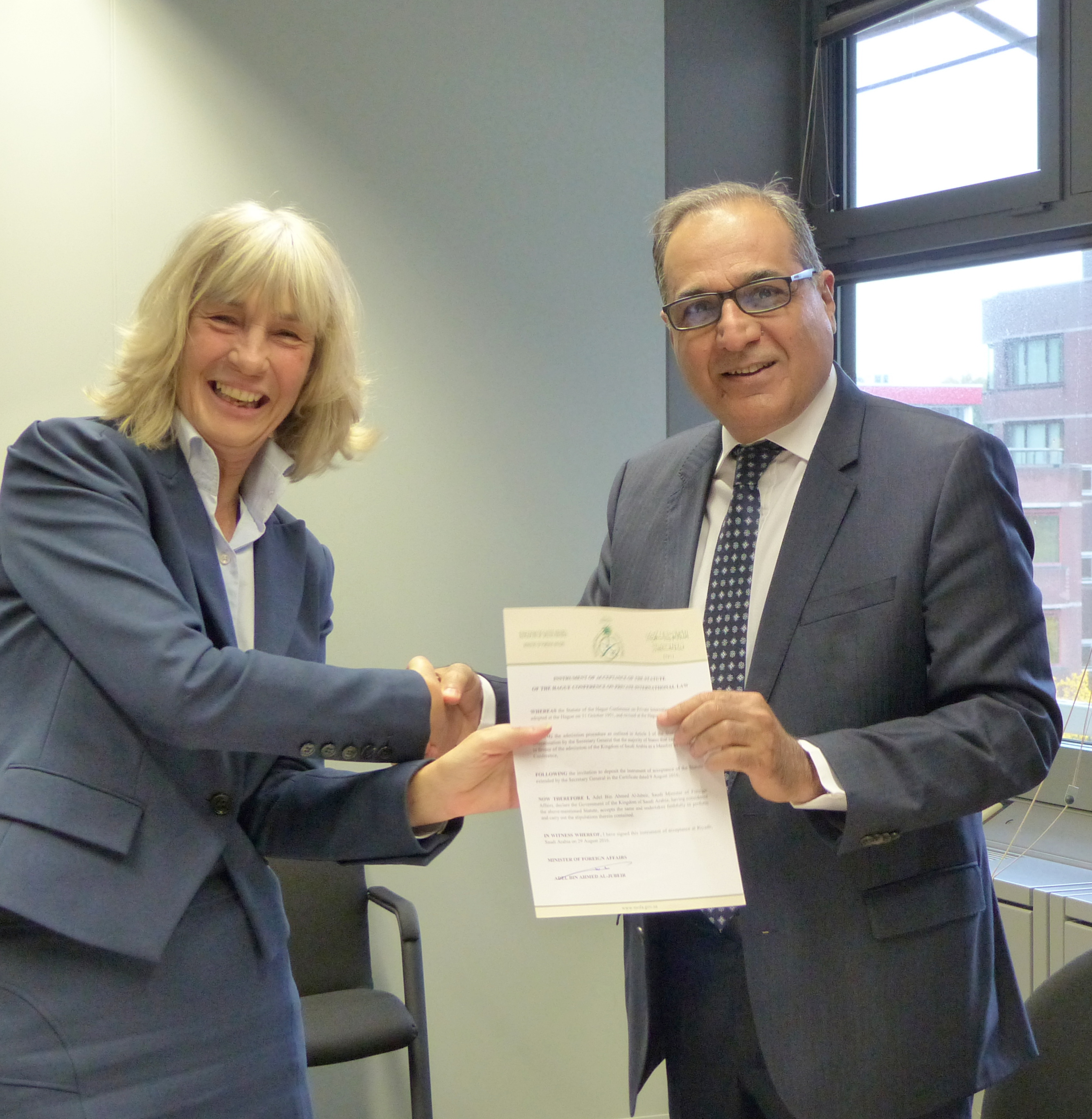 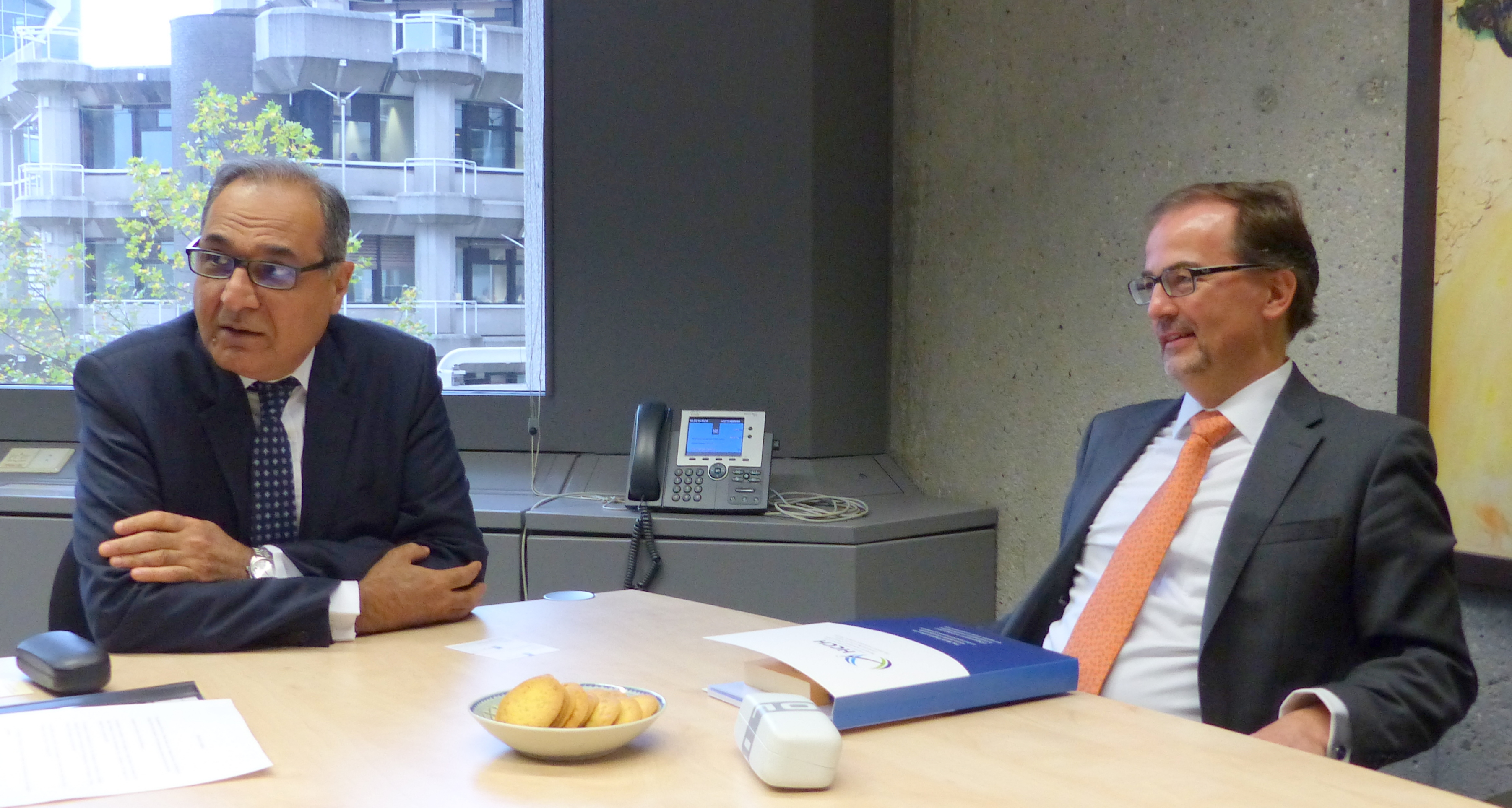