On 2 March 2022, the Council on General Affairs and Policy (CGAP) of the HCCH welcomed El Salvador as the newest Member of the Organisation. It also witnessed Ecuador and the United States of America sign and/or ratify a number of HCCH Conventions and instruments.

H.E. Ms Carmen María Gallardo Hernández, Ambassador of the Republic of El Salvador to the Kingdom of the Netherlands, deposited El Salvador’s instrument of acceptance of the Statute of the HCCH, with El Salvador thus becoming the 91st Member of the HCCH. The Ambassador was accompanied by the Deputy Ambassador, Mr Héctor Enrique Celarié Landaverde. El Salvador has been connected to the work of the HCCH since 1995 and is currently party to the 1961 Apostille, 1980 Child Abduction and 1993 Adoption Conventions. 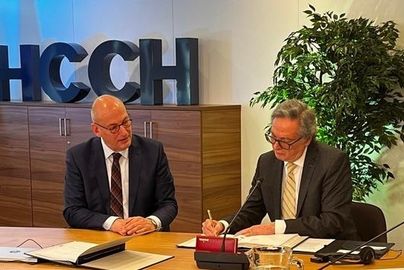 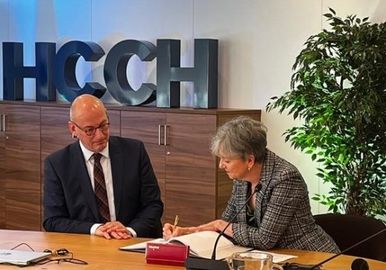