Overview of the Judgments Project

Mandate
In 2011, the Council on General Affairs and Policy agreed that an Experts' Group should be established to assess the possible merits of resuming the Judgments Project.

In 2018, the Council on General Affairs and Policy welcomed the very good progress of this Project and mandated the Permanent bureau to continue preparations for a Fourth and final Meeting of the Special Commission in May 2018. The Permanent Bureau was also mandated to make arrangements for the preparation of a Diplomatic Session in mid-2019 and for a further meeting of the Experts’ Group addressing matters relating to direct jurisdiction, shortly after the conclusion of the Diplomatic Session.

The Fourth and final Meeting of the Special Commission took place from 24 to 29 May 2018 and produced the 2018 draft Convention. The Special Commission considered that it has completed the mandate conferred on it by the Council and that, as contemplated by the Council, work on the draft Convention has reached the point where a Diplomatic Session can be convened in mid-2019.

Chronology of the Judgments Project (including relevant documentation)

Bibliography
A bibliography relating to the Judgments Project is available here. 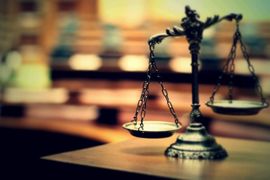