The Convention of 13 January 2000 on the International Protection of Adults (HCCH 2000 Protection of Adults Convention) provides for the protection in international situations of adults who, by reason of an impairment or insufficiency of their personal faculties, are not in a position to protect their interests. The Convention avoids conflicts between the legal systems of Contracting Parties in respect of jurisdiction, applicable law, recognition and enforcement of measures for the protection of adults. The Convention also ensures that a “power of representation” has force of law in another Contracting Party. The Convention affirms that that the interests of the adult and respect for his or her dignity and autonomy are to be primary considerations. In that respect, the Convention furthers some important objectives of the United Nations Convention of 13 December 2006 on the Rights of Persons with Disabilities in particular those of Article 12 on equal recognition before the law and Article 32 on international co-operation for which the 2000 Convention establishes a system of Central Authorities. For further information, see the Outline of the Convention. 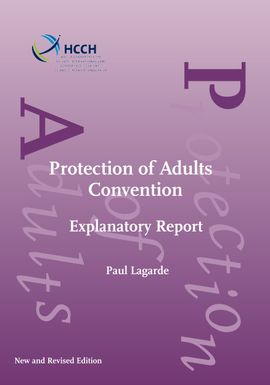