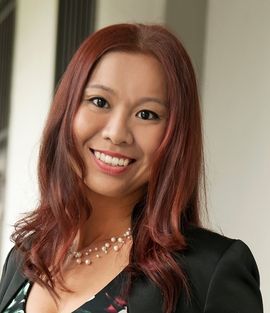 Dr Gérardine Goh Escolar is Deputy Secretary General of the Permanent Bureau of the Hague Conference on Private International Law (HCCH). Concurrently, she has primary responsibility for the international commercial and financial law portfolio, including the 1985 Trusts and 2006 Securities Conventions, as well as developments with respect to the private international law implications of the digital economy.

Prior to her appointment as Deputy Secretary General, Dr Goh Escolar was First Secretary at the Permanent Bureau. At various points in her role as First Secretary, she had primary responsibility over portfolios that spanned the full range of the HCCH’s mandate, from family law and child protection, to transnational litigation and international commercial and financial law.

Dr Goh Escolar was previously in practice, acting as counsel, advocate and consultant in international litigation and arbitration proceedings, first with a specialist international law boutique, and then with a top-tier global law firm headquartered in Amsterdam (the Netherlands). Prior to that, she was Legal Advisor to the President of the Iran-United States Claims Tribunal, and principal legal officer in the chambers of a Judge at the International Court of Justice, the principal judicial organ of the United Nations. She has also served as legal officer in the service of the government of Germany, in-house counsel at a technology company (now part of a unicorn), and vice-president of external relations at an information technology startup.

Dr Goh Escolar has represented clients, and served as tribunal secretary and advisor, in arbitration proceedings under the ICC, ICSID, and UNCITRAL frameworks. She has worked on cases that turned on both private international law and public international law issues, including cases relating to privileges and jurisdictional immunities, maritime and land boundary delimitations, the law of armed conflict, genocide, environmental protection, investment treaty protection, foreign military sales, cross-border corporate transactions, mergers and acquisitions, and energy markets. She has particular expertise on international law and policy as they relate to technology (information, digital, finance, communications and aerospace), sustainability, and social impact.