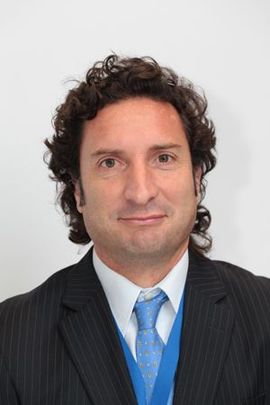 Mr Ignacio Goicoechea joined the Permanent Bureau in 2005. He became Principal Legal Officer in June 2011 and currently serves as the Representative of the Regional Office for Latin America and the Caribbean (ROLAC) based in Buenos Aires, Argentina. The main objectives of ROLAC are to facilitate the proper implementation and operation of HCCH Conventions in the region, to encourage governments and stakeholders to engage actively in the work of the HCCH, and to support legislative projects developed at headquarters in The Hague to the extent needed.

When Mr Goicoechea joined the Organisation, he was responsible for developing and implementing a Special Programme for Latin America, which was created to strengthen the operation of the HCCH Child Abduction Convention in the region. He has co-organised and delivered over 60 training programmes addressed to judges, judicial and public officers and lawyers.

Mr Goicoechea specialises in international legal cooperation and international child protection and often provides advice and technical assistance to Latin American and Caribbean States in the implementation of the HCCH Conventions in these fields. He was a member of the working group that developed the “Ibero-American Protocol on International Judicial Cooperation” adopted in 2014 by the Ibero-American Judicial Summit, and also coordinated the group of experts that developed and adopted the “Interamerican Model Law on Procedure for the Application of the Conventions on International Child Abduction” in 2007.

Before joining the HCCH, Mr Goicoechea worked for 11 years as a legal consultant to the Ministry of Foreign Affairs of the Argentine Republic, at the Direction of International Legal Co-operation, working mainly as a Central Authority Officer for various conventions, including the HCCH Child Abduction, Service and Evidence Conventions, as well as other instruments adopted under the aegis of the Organization of American States (OAS) and the Mercado Común del Sur (MERCOSUR). He simultaneously worked in private practice for 10 years, mainly in the fields of Commercial Law, Private International Law and Intellectual Property.

Mr Goicoechea has taught Private International Law at the undergraduate level at the John Fitzgerald Kennedy and El Salvador Universities in Buenos Aires. He is often invited to lecture postgraduate students on PIL-related matters and to give presentations in seminars, training programmes, forums and congresses in the region and beyond. In 2012 he presented at the 39th Session of the External Programme of the Hague Academy of International Law, and in 2008 at the prestigious Course of International Law organised annually by the OAS. He has written several articles on child protection and legal cooperation matters, published in Spanish and English in various legal journals.

Mr Goicoechea received his law degree in 1993 from the University of Buenos Aires. In 1995, he became a certified mediator by the Asociación Iberoamericana para la Resolución Alternativa de Disputas – AIRAD. He is a member of the Buenos Aires Bar Association since 1995 and has been a member of ASADIP (American Association of Private International Law) since its foundation in October 2007.

In May 2018, Mr Goicoechea was awarded a “certificate of appreciation” by the Bureau of Consular Affairs of the United States Department of State, in recognition of his excellent service as Representative of ROLAC and for his dedication to improving the worldwide implementation of the HCCH 1980 Child Abduction Convention. In April 2016, he was awarded the “Rosalba Medal” by the MERCOSUR Permanent Tribunal, in recognition for his work and contributions to international law.