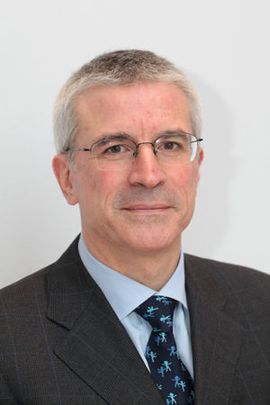 Philippe Lortie joined the Permanent Bureau in September 2001 as Secretary and became First Secretary in December 2001 (first in rank in July 2011).

Philippe Lortie has primary responsibility for all Hague Maintenance Obligations Instruments including the 2007 Child Support Convention for which he played a key role in the development. He also has primary responsibility for the 2000 Adults Convention, the International Hague Network of Judges and issues concerning Direct Judicial Communications. He has developed information technology tools in support of Hague Conventions such as iChild and INCASTAT, respectively the case management system and the statistical database under the 1980 Child Abduction Convention, and the e-Country Profile and the iSupport case management system project under the 2007 Child Support Convention. He steers the Hague Conference feasibility studies on the development of a possible future instrument on access to foreign law and on recognition and enforcement of civil protection orders.

Philippe Lortie is frequently invited to speak at seminars and conferences around the world and has written several articles on family, commercial, information technology and private international law. He also regularly provides training to judges on the Hague Child Protection Conventions. Every summer since 2003, he has given a seminar on the Hague Conference at the Hague Academy of International Law.

Before joining the Hague Conference, from 1991 to 2001 Philippe Lortie was Legal Counsel at the Department of Justice of Canada. In that capacity, he acted as Head of Canadian delegations to the Hague Conference, Unidroit and UNCITRAL. He was a member of the Drafting Committee of the 2000 Adults Convention. As an expert in the area of investor-State dispute resolution, he took part in a number of bilateral and multilateral negotiations of investment related treaties. He was also Project Co-ordinator and Rapporteur for the Settlement of International Investment Disputes Act (1997), the Uniform International Sales Conventions Act (1998) and the Uniform International Interests in Mobile Equipment (Aircraft Equipment) Act (2001) drafted under the auspices of the Uniform Law Conference of Canada. From 1994 until 1996, he was Executive Assistant to the Associate Deputy Minister responsible for Public Law and Canadian Unity. In 2000 he was seconded as an "expert from a third State" to the European Commission Justice and Home Affairs Directorate General. From 1998 to 2001, he taught every year as a part-time Professor a 45-hour course on international business transactions at the University of Ottawa (Canada).

Philippe Lortie holds degrees in Civil Law (LL.L.) and Common Law (LL.B.) both from the University of Ottawa, for which he was awarded the Ottawa Law Review / Gowlings Prize for best comparative law research paper (the paper focussed on maintenance obligations). He also holds a Master's degree (LL.M.) in international law from the same university. His Master's Thesis, "Multiple Proceedings in the Area of Investment Disputes", written under the supervision of Professor Donald M. McRae, former Dean and Member of the United Nations International Law Commission was awarded ex aequo the Sylvie Gravel Prize of the Canadian Council for International Law for best Master's Thesis in public and private international law. Philippe Lortie was also the recipient of the Prize of the Embassy of France to Canada for best LL.M. student. He also holds a degree in Business Administration (B.A.A. - 1986) from the École des Hautes Études Commerciales de Montréal (Canada).

Philippe Lortie is a member of the Quebec Bar since 1991. He is fluent in both French and English.